The best ways of saying thank you in Japanese 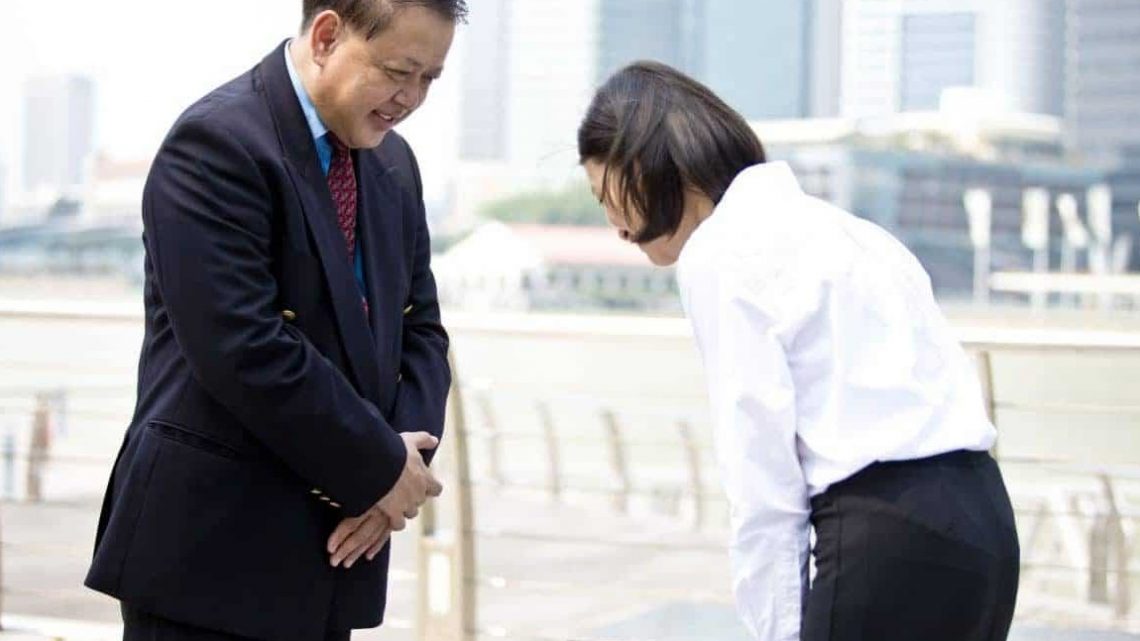 If you found this page, there’s a good chance you love Japanese culture as much as we do. Japan is one of the most touristic countries around the world, so knowing a cute and polite word like “thank you” is always a plus if you ever decide to visit Japan. Here we listed our top 6 ways to say “thank you” from casual to formal.

As you may already know, “Arigatou” (or arigato) means “thank you” in the Japanese language. This term is believed to have come from Buddhist teachings. Indeed, Buddhist monks were teaching that one should always be thankful to people and that everything happens for a reason. Another way to look at it would be that nothing should be taken for granted. For the longest time, many people thought that the word “arigatou” was derived from the Portuguese word “obrigado” which means “thank you” as well. Moreover, there was a notable influence of the Portuguese Catholic missionaries in Japan at the time, so it wouldn’t be impossible that the famous word derived from that.

However, some do not agree with that theory since there was another Japanese word “arigatai” (有り難い)” that was used way before the Portuguese arrived in Japan. Eventually, the word was changed to “arigatou”.

The word “arigatou” (有り難う) is often written in the Hiragana form of Japanese language: ありがとう. Also, the longer version that most of you may be familiar with is “arigatou gozaimasu” (ありがとうございます). The latter is often used as a formal way to thank someone.

When splitting the word “arigatou” or “arigatai” by using the Chinese written form (kanji), which is also used in Japanese writing, it makes 3 different words with 2 distinct meanings:

Therefore, when you combine everything, it translates to “it is difficult to have it”. Another meaning would be “I’m appreciative”.

Top 6 ways of saying “thank you” in Japanese

Here is our list of the top 6 ways to say “thank you” in Japanese that you must absolutely know:

Indeed, saying “arigatou” is sometimes a bit too formal. Thus, you can use a more casual approach, which is “doumo” (どうも). For example, when you are in a hurry or simply don’t want to put in the effort, this word would be appropriate. That said, doumo is also suitable with your younger siblings, your friends, or people who have lower social status than you.

Please take note that you shouldn’t use doumo if you are speaking to someone older or of higher status than you, as it could be seen as offensive or disrespectful.

“Thank you” word to use with text messaging

If you love to type fast while texting, you will love texting in Japanese. Here are the abbreviated versions of “thank you” in Japanese text messaging:

If you want to text a shorter version with English letters, you can use “AZS” which is short for “azasu” to say “thank you”.

“Thank you” in slang

As we all know, slangs are expressions or words that are fun to use in a casual conversation. For example, you wouldn’t say “Wassup?” to your grandparents nor your English Teacher. Similarly, in Japanese, “thank you” also has a slang of its own that you can use casually. If you want to thank somebody in the most casual way possible, “azasu” (あざす) is the way to go! Be careful though, the latter should only be used with close friends.

“Thank you very much” a bit more formal

If you add “doumo” (どうも) in front of “arigatou”, you get “doumo arigatou” (どうもありがとう). This version is a bit more formal than a simple “arigatou”. The latter can be used when a person is trying to help you out. For instance, if your friend woke you up early in the morning so that you can check-in at the airport on time, that would deserve a “doumo arigatou”.

Furthermore, you could use this sort of thank you with your superior or boss at work, to emphasize your politeness. For example, if your boss walks to you and tells you that you got a promotion, you could say “doumo arigatou gozaimasu” (どうもありがとうございます)!

Thanking someone if they take the time to correct your mistake

If you made a mistake and someone is helping you to correct it, you can use the word “sumimasen” (すみません) which means “excuse me ” or “sorry”. Nevertheless, it can also be used as “thank you”, let’s say someone helps you after you fell on the ground, sumimasen would be perfectly appropriate.

Thanking someone who amazed you

If you got positively surprised by someone, Osoreirimasu” (おそれいります) is what you would say to express your gratitude.

Try using one of our ways to say thank you in Japanese with your friends and show them your gratitude and respect. The simple act of saying “thank you” will surely make you and others happy.