Haneda VS Narita: Which Tokyo Airport to Choose? 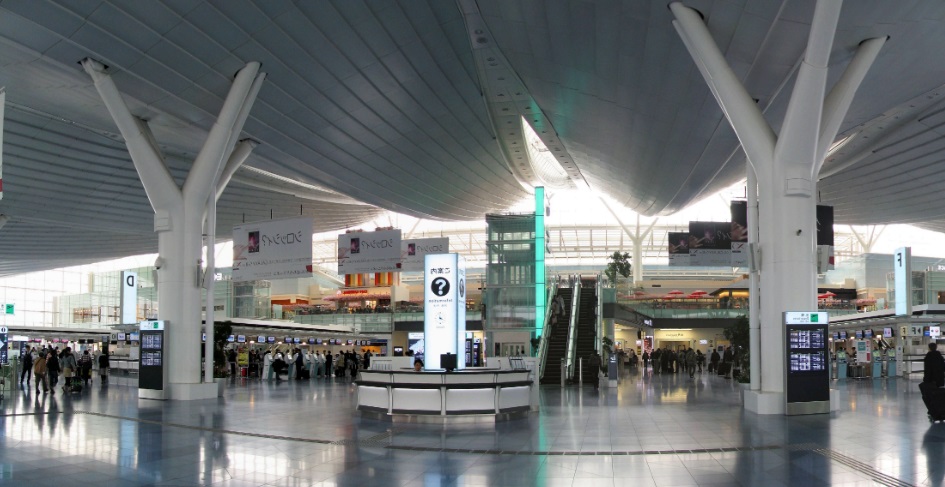 It is not easy deciding which airport to take in Tokyo. One might consider taking a flight in the Haneda Airport which is near the city but much smaller or an international standard Narita Airport which is located in the Chiba prefecture. Here is a guide that will not only assist you make a choice of which airports to take your flight but give you more information about the two airports located in Tokyo.

The Haneda airport is a shorter trek from Tokyo town compared to the the airport at Narita. It is probably a no-brainer that distance-wise Haneda would be a wise choice unless you simply want to take a taxi. You can also take a cheaper alternative route and use the Limousine buses from an airport into the city centre in Tokyo.

If you have plans to travel using a train, then you might consider using the Narita airport. You can just take the Narita Express that runs from Narita Airport to a station in Shinjuku. It will take you approximately one hour to ride the train to Shinjuku. Also, using a mode of public transport from Haneda to Shinjuku will take you almost the same time. So, if time and convenience are what you are judging your transport on, then there is no difference between Narita and Haneda Airport.

The Most Enjoyable Airport

Comparing the size of the two airports, you would be tempted to conclude that Haneda is easier to navigate. In fact, this is the case especially after returning from an international flight because the airlines operating at Haneda use a single and brand-new terminal. In Narita, the situation is a little bit different as their partners use the Terminal 2, other airlines occupy the Terminal one while the low-cost carriers make use of the Terminal 3.

So, when deciding the better place to do some shopping or dine there is no contest between the two airports. Also, they tend to have similar airport lounges. However, due to the small size and use one terminal at Haneda, there tends to be overcrowding in their state-of-the-art lounges. On the other hand, Narita vintage style lounges are a bit bigger and less crowded.

It is important to note an interesting but inconvenient fact about Narita these airport does not own most of the land on the airport site. There were once some unsettled land-right skirmishes surrounding the Narita airport in the 1970s and you might see a “Down with Narita Airport” billboard. Moreover, due to this problem, you will have to endure a long taxi time that some travellers find disturbingly annoying.

The international to domestic connections and vice versa is a bit more complicated. However, this category is more problematic in Haneda than Narita. In Narita, you will have to take a free shuttle bus, the Tokyo Monorail, from the international terminal to the domestic terminals that is the JAL terminal 1 and the terminal 2 used by ANA. All terminals in Narita have their own domestic flight terminals. If you are connecting through the same airlines, rest assured that the trip will be much shorter.

However, Haneda has more Japan domestic flights whereas Narita only has a handful of them. This means that despite the International to domestic flights may be easier at Narita Airport but most of the time they will probably be impossible. So, when flying from Haneda or Narita, for an international-domestic connection, it entirely depends on you and your itinerary.

A Trip From NRT to HND

Many international itineraries will advise on making arrival at Narita Airport and departing using the Haneda airport. So, if you are planning to fly from a region such as Dallas to Bangkok, an HND-BKK flight will be your closer and cheapest bet. Another example is making a domestic flight within Japan from say Kyoto. The best flight would be the HND-BKK one. But how will you fly from Tokyo NRT to Tokyo HND?

From Narita to Haneda, you will have to travel a whopping distance of 80 km stretch and your best means of transport would be a limousine bus. In your travel, it would be recommendable to pay a visit to Keisei or even to Hyperdia before checking up if the departure the “Access Express” bus is soon. There is also a local service which has no assigned seats and is also as fast as any other services in Keisei as you make your way to Narita. In case you fail to depart early and get there at a high-traffic time, the local service will your best option.

So are you planning to head to Narita or Haneda? The answer to these question will entirely depend on the specifics of your travel plans. Both Haneda and Narita airport is great and it is hard to tell apart which one is better or the main difference between the two. Whether you are making a trip to the biggest city in Japan for business or pleasure, or just transferring through it as a citizen, you will actually enjoy your trip. So, just grab a travel itinerary and a map, and explore Japan. I hope you will enjoy your trip!