The History of the Japanese Flag 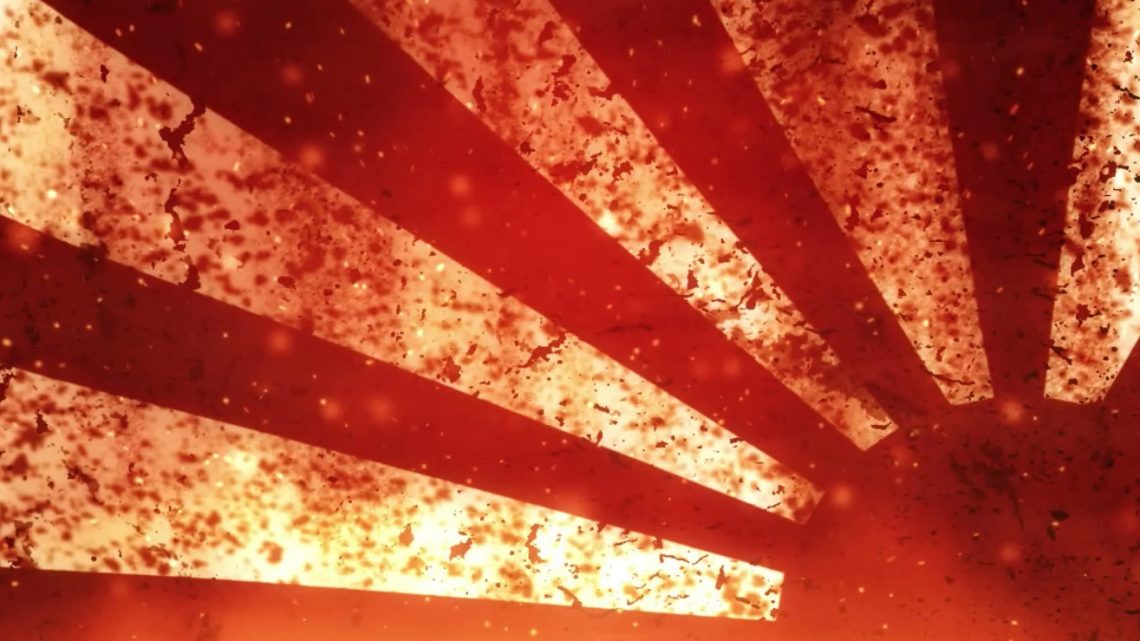 The country of the rising sun has been, for many, the dream destination of a lifetime. Who doesn’t want to experience the incredible Japanese food, the vibrant and colorful cities of Tokyo and Kyoto, and just see what the Japanese culture is all about? But before you start booking your next flight for Japan, did you ever wonder what was the meaning behind the big red circle of the Japanese flag? This flag and its history will amaze you.

What was the first Japanese Flag?

The merchant flag is often considered the first official Japanese flag. It all started when the Emperor of Japan sent a letter to the Chinese Emperor during the 7th century. In the letter, the Japanese Emperor was referring to himself as the Emperor of the Rising Sun. Of course, we have no evidence that any emblem with a red circle was ever used at the time, but it’s a good indication that the idea and symbolism of the rising sun was already predominant in Japan’s culture. Moreover, some clans like the Kikuchi clan, the Ryūzōji clan, and the Kusano clan were all using a circle with rays as an emblem to represent their respective clan.

A few centuries later, during the 13th century to be a bit more precise, the famous sun banner was used by the military. You may have heard of it before, the military dictator during those years was called the Shōgun. On the rectangular white banner, we could see the red sun being represented as a big circle fully filled with red color.

Now, fast forward a couple more centuries later. In the 1800s, the Japanese cargo ships were starting to trade on international waters. As Japan was developing its diplomatic relations with European countries, the ships needed a flag and emblem to represent themselves. This is where the first white flag with a red circle officially became the merchant flag of Japan.

It is important to note that the Japanese flag’s history, as a whole, is strongly tied to war and the military occupation of the Japanese army in past Asia. As a matter of fact, this is the reason many people don’t like the Japanese flag, as its symbol is representative of the war crimes that were committed many years ago. For example, when the Japanese army was attacking locals and trying to occupy all the countries in Asia, or during the devastating surprise attack of Pearl Harbor.

Even if these events are far gone and just part of an unpleasant memory, many people still think that the current Japanese flag is too similar to what was used in the past during such historical events.

Why Japan’s flag had red rays of light before?

The 16 red rays of light emanating from the Japanese flag’s center (the sun) represented the Japanese Imperialist power. You might have seen the latter in a couple of war movies depicting the Battle of Midway and other related wars in the Pacific Ocean islands during World War II.

Why did they change the Japanese flag you may be wondering? Well, you see, after Japan’s defeat in 1945 near the end of WWII, the International Military Tribunal for the far East revealed to the world all the war crimes and massacres that had been committed. From there, the Imperial Army of Japan was almost completely dismantled and disappeared shortly after.

All that being said, it was time for a new flag emblem, as the rising sun flag was tied too much to the horrible events of WWII. Therefore, Japan opted to go back to the original merchant flag design, which was nothing more than a simple red circle on a white background.

What do the colors of the Japanese flag represent?

Here are the different definitions of the colors and symbols of the Japanese flag in the past, but also in our current times:

Why is Japan called the land of the rising sun?

If you are wondering why the sun is so important through the Japanese flag’s history, then don’t worry, we have the answer. Simply put, since Japan is located in the far east of the Asian continent, the sun always rises first in Japan, and then in the rest of the world. Moreover, the words Japan, Nippon, and Nihon all mean ‘the origin of the sun’ or ‘the rising sun’.

So this concludes our complete guide on the Japanese flag and its emblem’s history. As you may have noticed, there is a pretty intense history behind this little red disk that’s been symbolizing the sun for centuries. It is understandable that some people may feel resentment toward the rising sun symbol of the current Japanese flag, but we have to admit that Japan is doing a lot better internationally than in the past. Hopefully, every country in the world can live in harmony with each other one day.