The History and Meaning of Itadakimasu 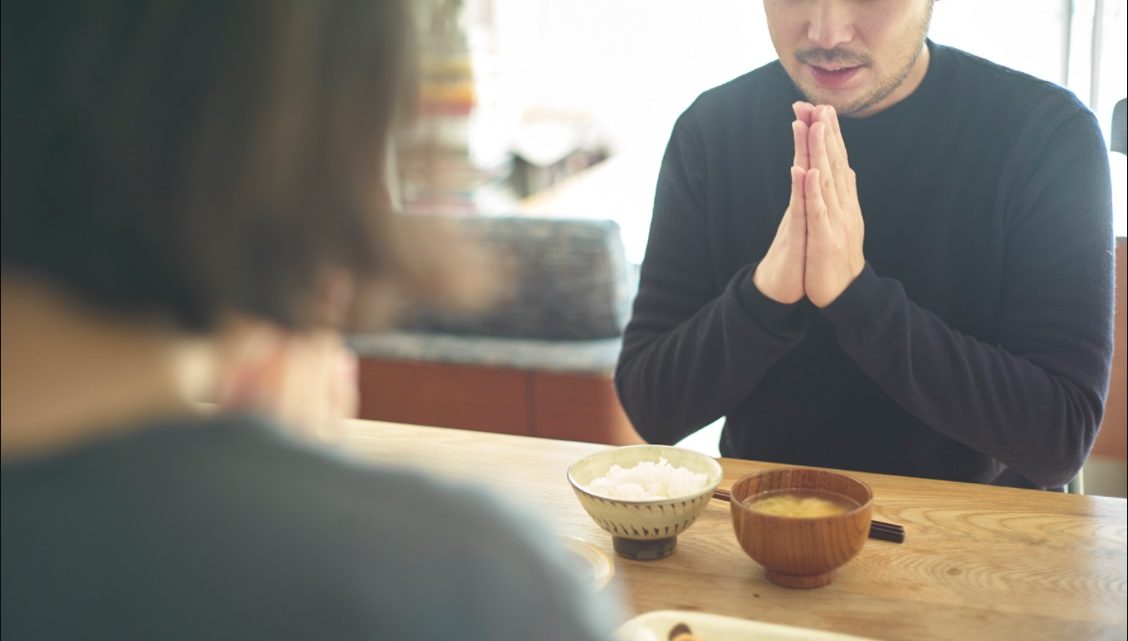 Everybody can agree on something, Japanese food is absolutely amazing. Chefs in Japan really take pride in their art, thus why it is important to show respect when you are about to eat a delicious meal. The word itadakimasu is often heard just before Japanese people start eating their food, but what does it mean?

What’s the meaning of Itadakimasu?

The word for word original translation of itadakimasu means: I humbly receive. It is, however, commonly used in recent times as ‘let’s eat’ or ‘bon appétit’ just before you start eating your meal.

The origin of the word itadakimasu

The word or expression itadakimasu had a bigger involvement on the religious side of things in the past. If today, it is a word commonly spoken in a light and casual fashion before a meal, in the past, it was way more than that. In fact, this word was used mainly by Buddhists to thank animals and all living things such as plants that gave their lives for us to be able to eat.

More often than not, people tend to forget the process of how their food arrived on their plates. Before being beautifully prepared with a sauce and vegetables, the fish or the meat was part of a living and breathing creature, and we have to remember that before eating.

By saying itadakimasu before you start eating, not only are you showing respect to the animals and plants, but also to all the people that were involved in the process of bringing this food to your plate. This is why the word itadakimasu started to gain in popularity over the years.

What’s the difference between ‘Itadakimasu’ and ‘Bon Appétit’ in French?

Nowadays, itadakimasu is almost the equivalent of ‘enjoy your food’ in English or ‘bon appétit’ in French. However, there are some subtle differences between the way you can use itadakimasu compared to its English or French counterparts.

For instance, you can’t say itadakimasu to someone if you are not eating with them. If you do, it means that you would like to have some of their food, almost as if you were asking the person in front of you to share his or her meal with you. As you may have guessed already, this can create an awkward situation, especially if you’re not a close friend of the other person that’s with you.

How to wish Bon Appétit in Japanese if I am not eating?

So, if you would like to wish bon appétit to someone in Japan, instead you would need to say Meshiagare. This means ‘dig in’ or ‘please enjoy the meal’, which is an invitation to dig in your food and is the equivalent of saying enjoy your food in the Japanese language.

Now, if you are wondering how to pronounce meshiagare in Japanese, the pronunciation of that word goes like this: Mi – Shi – A – Gua – Ray (or Ré for French language). Be careful on how you pronounce it because if you say Meshi – Ya – Gare or something along those lines, it will be seen as something very rude like you’re giving an order to someone.

How to pronounce Itadakimasu in Japanese?

So now that we know the origin of the word and its meaning, what about its pronunciation? It is very important to pronounce the word properly because it could be seen as something offending for some people, as if you were making fun of their language.

Here are some important key points to remember in order to pronounce itadakimasu properly:

Is it okay for a foreigner to use itadakimasu in Japan?

Yes, you can use the word itadakimasu before a meal if you wish to do so. However, as demonstrated earlier, the words in the Japanese language have to be pronounced properly since they can be seen as something disrespectful in some instances. Of course, if you are a foreigner visiting the country of the rising sun, most people will understand that this is not your mother tongue and that you’re just trying your best to speak their language.

Also, some foreigners wonder if they need to hold hands together while saying itadakimasu (like in a prayer). This is a good question, as some Japanese people do it and some don’t, but if you do hold your hands together, just know that it shows extra thankfulness for the food that you are about to eat. In other words, don’t be afraid to do it, people will be glad to hear and see that you are respectful toward the food that’s being served to you.

What to say after eating a meal in Japan?

Finally, if you are done eating your food and that your tastebuds were in paradise, there is a way to thank the staff who prepared and brought the food to you and the person who paid for the meal.

To thank everybody after a meal in Japanese, you can say Gochisousama Deshita (ごちそうさまでした). This expression is pronounced as Goch – Soo – Sah – Mah – Desh – Tah. As you may have noticed, you don’t really pronounce the ‘i’ of ‘Deshita’.

We hope this article will be useful for you during your future visit to Japan. Just remember to take your time in learning the correct pronunciation, and that there is no pressure, it is okay even if you don’t say anything. On that note, itadakimasu!