Japanese Lesson 101: What are the differences between “Ohayo”, “Konichiwa” and “Konbanwa” 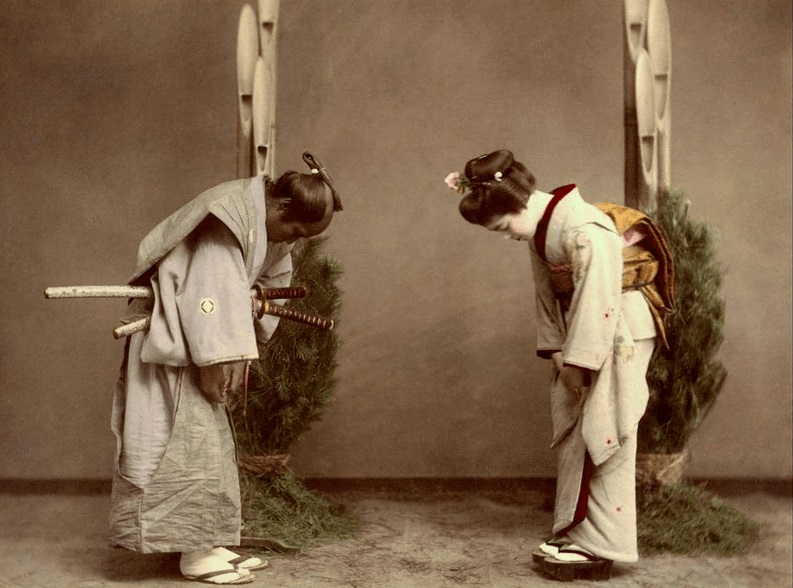 Japan is indeed a charming country, best known for its traditional exquisite foods (sushi for instance) and unique traditions. Moreover, Japanese is considered one of the most beautiful languages in the world. If you are fascinated by their culture and interested in learning Japanese, you should begin your journey right here with us! Let’s get started with our first lesson: how to greet someone in Japan!

First and foremost, you have to understand 3 different alphabets in the Japanese language which come as follows:

Lesson no.2: Romanizing Japanese and vowels

Throughout this article, we will use Hiragana that is the easiest for beginners along with Romanizing Japanese (the phonetic being written in the Roman alphabet). Speaking of which, the Roman alphabet describing the Japanese alphabet sounds are pronounced quite differently from English, especially the vowels. Japanese has only 5 vowels; a, i, u, e, o, and here is the way to correctly pronounce them:

Lesson no.3: three ways to say hello in Japanese

Now, you are ready for our Japanese conversation 101 and learn to greet someone! In Japanese, there are different expressions to say hello, similarly to English. It depends on the time and the situation. Below are formal ways of greeting someone:

After greeting, you can continue the conversation by asking “O-Genki desu ka?” (おげんきですか) which means “how are you?”. The polite way to respond to this answer is “Genki desu” (げんきです) or “I’m fine”. Very simple!

Lesson no.4: How to address a person in Japanese

In Japan, people usually use formal sentences when speaking with others, whether it be strangers or even colleagues. Keep in mind that the informal form can be used with intimate friends or family members only. Thus, when you call someone, you should always add Mr./Miss or “san” after his/her family name, for instance, Suzuki-san (Mr. Suziki), Sato-san (Miss Sato), etc.

In addition, you might have heard the words “Kun” or “Chan” after the name in Anime or series. “Kun” is normally used for younger boys in a familiar way while “Chan” is a title for girls, but sometimes can be used with boys as well.

Lesson no.5: how to say “goodbye” in Japanese

Last but not least, saying goodbye is significantly meaningful especially in Japanese culture. In fact, Japanese will often say “Sayonara” (さようなら” or goodbye), but will also add other expressions as well. Let’s take a look at them in detail:

If you are interested in the Japanese language but you don’t know where to start, below we have listed a useful guideline on how to learn Japanese by yourself:

Learning new languages is always a challenge but it is indeed a good time investment. Besides, it is not too hard to learn and never too late to start. We hope this article is useful. Stay tuned for the next chapter on our website and… Ganbattane! (keep going!).