What you should know about Senso ji Temple in Tokyo. 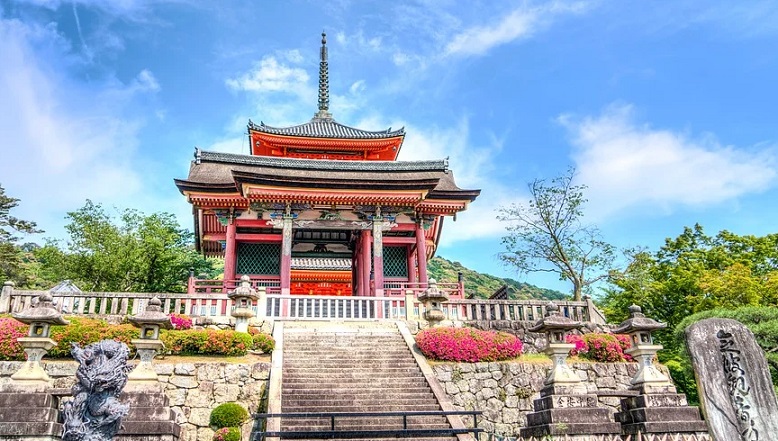 Anyone who has visited Tokyo, in Japan, has taken time to visit Sensō ji. When you enter through one of the gigantic gates, it brings up very particular sensations. You can feel small in such a vast location, but somehow also safe. Here is what you should know about this Buddhist temple. Hopefully, it will entice you to go and visit it.

The Senso ji temple has been part of the whole history of Tokyo. That’s because it outdates it. When the temple was founded, it was merely a village. In fact, it is the temple that turned the village into a town, as it brought more people to the region.

It dates back to 645 and was started by two fishermen. The story says that they found a statue of Kannon while fishing in the Sumida River that is near. The fishermen tried to get rid of it, but it kept coming back. They took it as a sign from the Goddess of compassion and decided to build her a temple, under the supervision of the head of the fishermen’s village. Today, Sensō ji still holds the original statue but no one can see it. It is kept safe, inside three boxes.

The city of Tokyo had to wait almost a complete millennial to become what it is today, and the temple is the main reason why it happened. When the Tokugawa clan became shoguns in the 1600s, they made Senso ji the family temple. At that time, the city was called Edo. Their presence completely changed the small city and turned it into a fortress as it became the biggest city in all of Japan in a very short amount of time.

During the Tokugawa period, Edo (today Tokyo) grew from a smaller fortification to the biggest city in Japan in a very short time, eventually swallowing up the town of Asakusa. Naturally Senso-ji has been the heart of Asakusa for hundreds of years, and still today, Senso-ji defines the Asakusa district. The town of Asakusa was inserted into Edo, and today the temple still stands proud in the center of the Asakusa district, inside Tokyo.

A Change to Japan’s Religion

In 1868, the two religions of Japan were separated and Shinto became the main one, leaving Buddhism behind. That reduced the importance of Senso ji, and the temple did not receive any more funding. The area was turned into a park, as the emperor modernized the country. That part of the history of Japan is called the “Restoration Period.”

It took the destruction of the temple buildings during World War Two, to bring back interest for the Senso ji temple. As Japan needed to rebuild itself and its identity, it chose Senso ji as one of the symbols of restoration, and rebuilt it entirely where it still stands, in the heart of Asakusa. It is also known as the Asakusa temple.

The Two Gates of Senso ji

There are two gates at the Senso ji temple: the Kaminarimon and Hozomon gates. They are both very impressive as they reach an important height. The first one is also known as the “Thunder Gate.” The original one dates back to 941 and was located more south, in the Komagata area. Today, it can be found much closer to the temple, a location which was decided back in 1635-1649 by a Tokugawa shogun who rebuilt it, after a fire. However, when you visit Senso ji temple, you will not see this one either. That is because the gate burned many times throughout history. The latest version was erected in 1960.

One of the reasons why this gate is so popular, are the statues standing by its side, which were placed there for protective purposes. The one on the right side represents Fujin (God of the wind), and the one on the left is Rajin (God of thunder and storms). They took their place around the 1600s. However, they also suffered greatly through time, and the current ones are also from 1960.

The second gate (Hozomon) is known as the “Treasure-house” gate. That is because its second-floor houses most of the treasures of the Senso ji temple. Like the first gate, this one did not make it through time, as it burned down a few times. The one in place dates form 1964 and is made of reinforced concrete and fire-resistant materials.

This one is protected by the Nio statues, two guardians of Buddha which you can often find in temples. They are made to look scary, which is the case in this instance as they feature angry eyes, open mouths and weapons that clearly indicate that harm will come to you, if you enter this place to disturb it.

Hopefully, this has provided you with an overview of the temple’s history and gates that made you want to learn more. When you visit Tokyo, make this your first stop and your mind will be at peace throughout your whole trip.