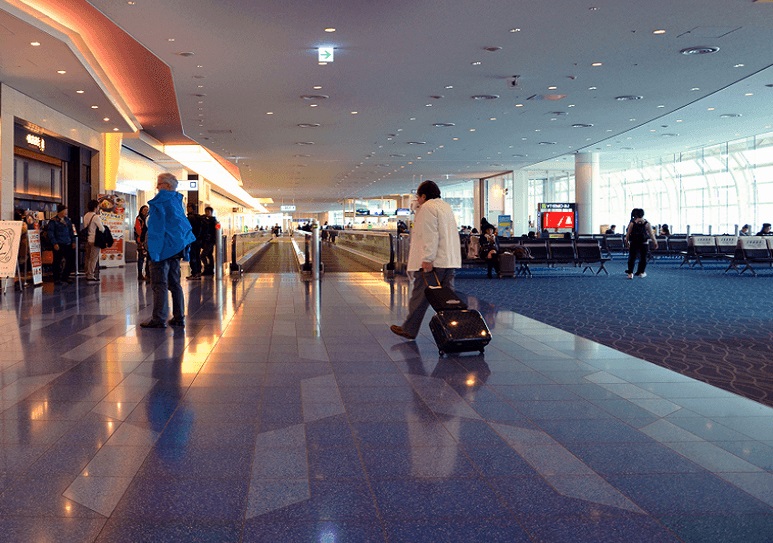 As you may already know, there are 2 major airports in Tokyo, which are Narita airport and Haneda airport. The Haneda airport is the closest one to the Greater Tokyo area. If you are already in Japan, or if you are planning to travel there, despite COVID and all that this implies, you are at the right place! To help you and other travelers, we prepared a list of our top 4 transportations from Haneda Airport to the great Tokyo area.

The Tokyo Monorail is an easy choice that will take you from Haneda Airport directly to Hamamatsucho Station in central Tokyo. Moreover, you can easily access other parts of central Tokyo by transferring to the JR Yamanote Line, once you arrive at Hamamatsucho. There are 3 types of Tokyo monorail service:

Furthermore, you can check the different schedules on the Tokyo Monorail website. Please take note that after midnight, the last train will depart from the international terminal. After 5 AM, the first train of the day departs.

For the prices, a one-way ticket is about $4.63. However, every weekend and holiday, you can transfer (one time pass) from the monorail to the Yamanote Line for free. That’s not all, there is also a special Yamanote transit ticket available, which costs about $4.73.

You can go from Haneda Airport to the inner Tokyo, as well as visiting Kawasaki, Yokohama, Yokosuka, and Miura Peninsula in Kanagawa Prefecture by Keikyu trains. There are 5 different trains running between central Tokyo and Haneda Airport. Here are our train lists ranked by how fast they reach Tokyo:

The Airport Limited Express train can bring you to Shinagawa Station on the Yamanote Line and it takes just about 11 minutes. Please take note that, due to its fast speed, this train does not stop between the airport and Shinagawa Station. The final stop is Sengakuji station where you can change to the Toei Asakusa Line, which is a non-surcharge and a major Japanese railway line connecting Tokyo and Kobe stations.

As it has fast speed, this train stops at Keikyu Kamata station before bringing you to Shinagawa Station on the Yamanote Line. Then, it makes the final stop at Sengakuji station where you can move to the Toei Asakusa Line.

Tokkyu, the Limited Express stops at the most often-used 7 stations before bringing you to Shinagawa Station on the Yamanote Line. Then, it makes the final stop at Sengakuji station where you can change to the Toei Asakusa Line.

This train stops at the most often-used 8 stations, with an additional station, Tachiaigawa, before bringing you to Shinagawa Station on the Yamanote Line. From there, it makes the final stop at Sengakuji station where you can transfer to the Toei Asakusa Line.

This train stops at every station, 15 stations in total, before bringing you to Shinagawa Station on the Yamanote Line. After which, it makes the final stop at Sengakuji station where you can transfer to the Toei Asakusa Line.

As additional information, a One-way trip from the airport to Shinagawa Station costs about $3.88. Please, be aware that some trains travel in the direction of Yokohama and Kanazawa Bunko, not Tokyo. Therefore, you should read the signs before boarding any train. Otherwise, you might get lost in a strange place.

Even though trains are much faster, cheaper and more reliable than busses, the latter are also a good choice to travel from Haneda Airport due to its good route connections. If no trains are available at the moment you arrive, the bus station is there for you, with an incredibly well-informed website if you need extra information.

Besides, it is also a good option for you if you do not like crowded trains, or that you have a lot of luggage to carry. We recommend taking a limousine bus as it is a safer and more convenient option. The one-way price for a limousine bus is about $13.24 and the round-trip costs about $25.07.

Of course, a taxi in Japan is easy to find when you are in a rush. However, it is the most expensive choice. If you prefer the traditional, easy and fast way to go to your destination, a taxi is a great choice for you. A one-way trip costs generally between $66.21 and $113.50, with late-night extra fees adding up to the already costly transport. On that note, we hope that answers all your questions about the transportation between the Haneda Airport and the city. We wish you a great time in Japan, and a safe trip from the airport.